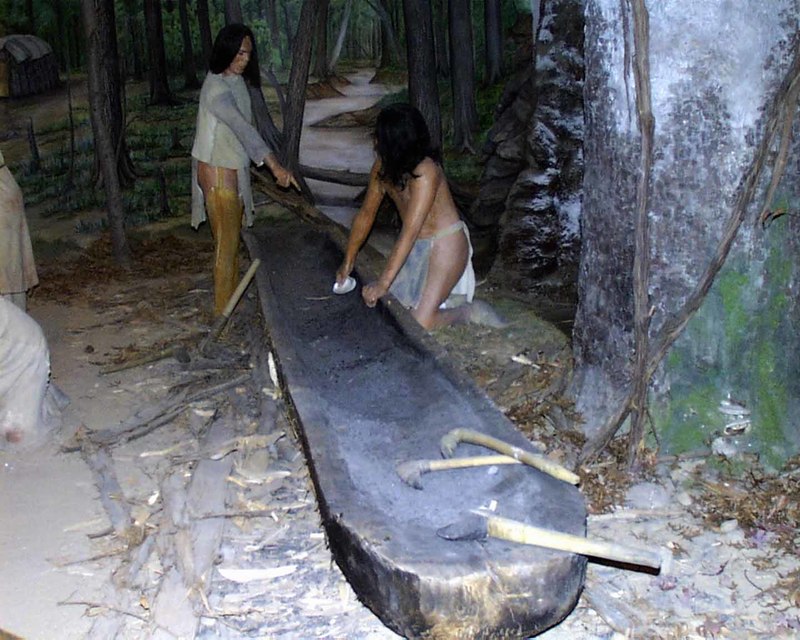 Armed with stone axes, the Archaic people were able to fell small trees. Larger trees were probably brought down by burning the trunks and chopping away the charred wood. If a tree trunk: was not needed at once, the people might remove a band of bark all the way around the tree and wait for it to die naturally. After the men brought down a tree to be made into a canoe, they burned the portion to be hollowed out, then "dug out" the charred wood using stone axes, adzes, and scraping tools.

Three dugouts, made that way, have been found in different parts of Savannah Lake, Ashland County, Ohio. One of these, 20 feet in length, has been dated at 1600 B.C. That date and artifacts from campsites along the lake shore strongly suggest that the dugout was made and used by people during the Late Archaic period. Since Savannah Lake straddles the divide between the Lake Erie and Ohio River watersheds, it is easy to see how sites in that area would be important for trade and communication by water.