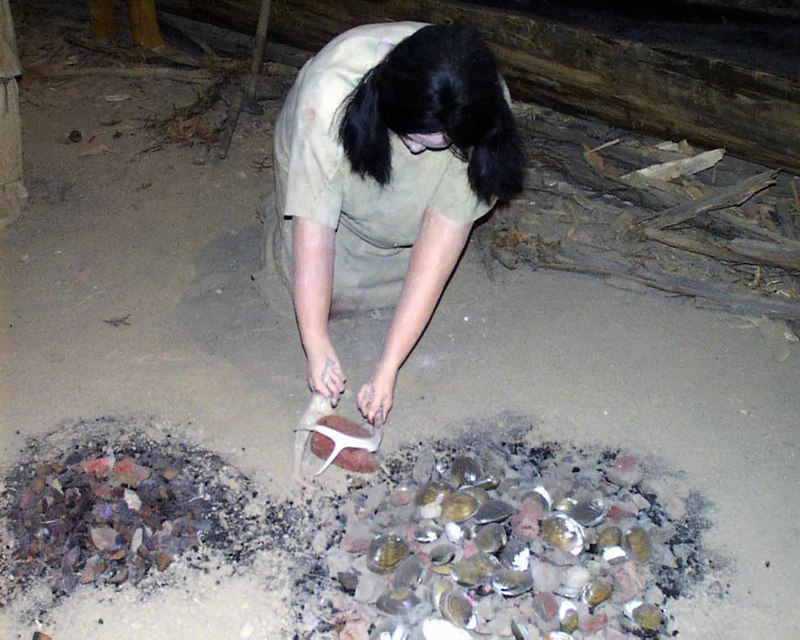 In addition to collecting plant foods, the women also did the cooking. Seeds and nuts were probably ground into meal using stone pestles on flat rocks. Nuts were cracked and boiled to extract the nutritious oil. Judging from accounts of historic Indians, soups or stews made with meat and plant foods were the most common meals eaten by the Archaic people. They probably also broiled meat or roasted it directly over a fire or on heated rocks. An earth oven (a hole filled with bundles of food layered between hot coals or hot rocks) could bake food slowly. Meat and plants that were not to be eaten soon were saved by drying and smoking over an open fire.