Development Of The Atlatl 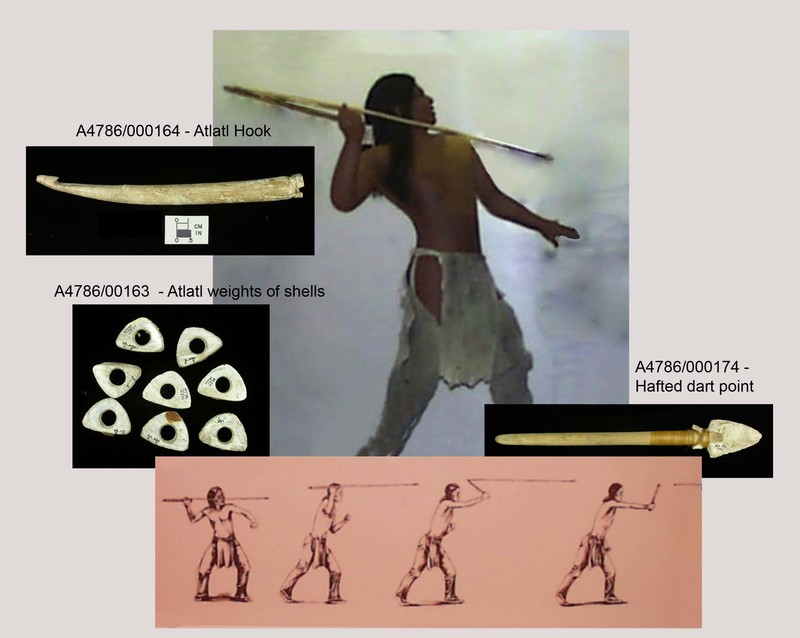 3.11 Development Of The Atlatl

The Archaic hunter's most important weapon was his spear, tipped with a sharp flint point. No matter how many decoys, traps, or nets he used, he still killed his game with a spear. Anything that improved the use of the spear was a help to the hunter. The atlatl (at-lat-ul), or spearthrower, was one such device.

The atlatl acted as an addition to the hunter's arm, giving his throws more power and range. The butt end of the spear rested in a hook (sometimes made of antler) at one end of the wooden slat of the atlatl. The hunter held the other end of the atlatl in his hand and steadied the spear shaft with the fingers of the same hand through the first part of the throw. When the spear was nearly overhead, he released it and, while still grasping the atlatl, snapped his wrist so that the spear was thrust forward. With this action, the hunter could hurl the spear farther and with more force than he could otherwise achieve.