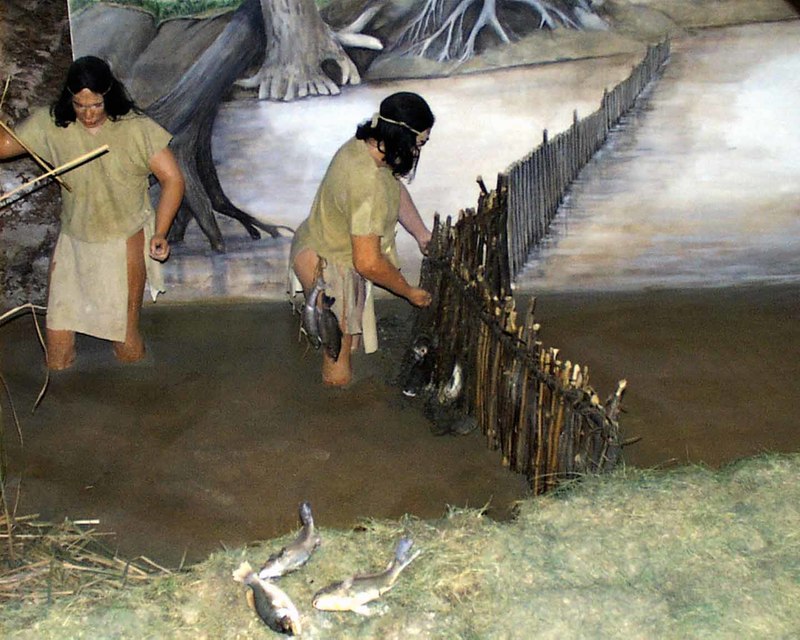 When spring came, Archaic families moved to larger camps near streams where fish were known to migrate. In April and May, some types of fish make spawning runs in large numbers up many Ohio streams. The Archaic people caught large numbers of fish from streams in nets, with spears, with hooks on a line, and perhaps even with poison. Fragments of fiber cord, dating from about 5500 B.C., that could have been used for fishing have been found in the Squaw Run rockshelter in Cuyahoga County, Ohio. Several families may have gathered to catch and process large numbers of fish. Spring fishing restored food supplies and provided a change from the winter diet. No doubt, families also welcomed spring reunions at larger camps as social events, after being away from each other for the winter.