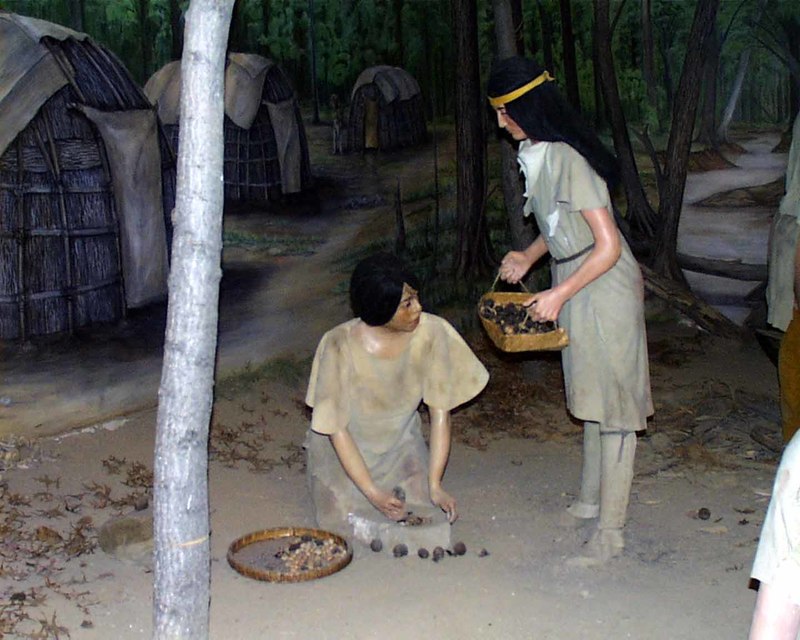 Most of the activities that took place in a base camp centered on obtaining food. Studies in Kentucky and Indiana show that many Archaic groups focused on a few food sources, including deer, nuts, plants, and fresh-water clams. Those foods provided nearly all of the nutrients needed. Meat was important in the Indians' diet, but plant foods gathered by the women were probably the major part of each meal. Plants were also used to make medicines, dyes, and drinks. The women learned at an early age when each type of plant could be harvested. Late summer and fall were the best seasons. Acorns, hickory nuts, walnuts, and butternuts were found in forests. In open areas, hazelnut thickets, berry bushes, and seed-bearing plants provided important supplies of food.

Recent studies at sites in Tennessee, Missouri, and Illinois have shown that, as early as 2300 B.C., Archaic people were also growing some crops. Squash, a plant not native to eastern North America, provided oil-rich seeds. Gourds were grown to serve as containers. Native plants such as sunflowers were also grown for their nutritious seeds.