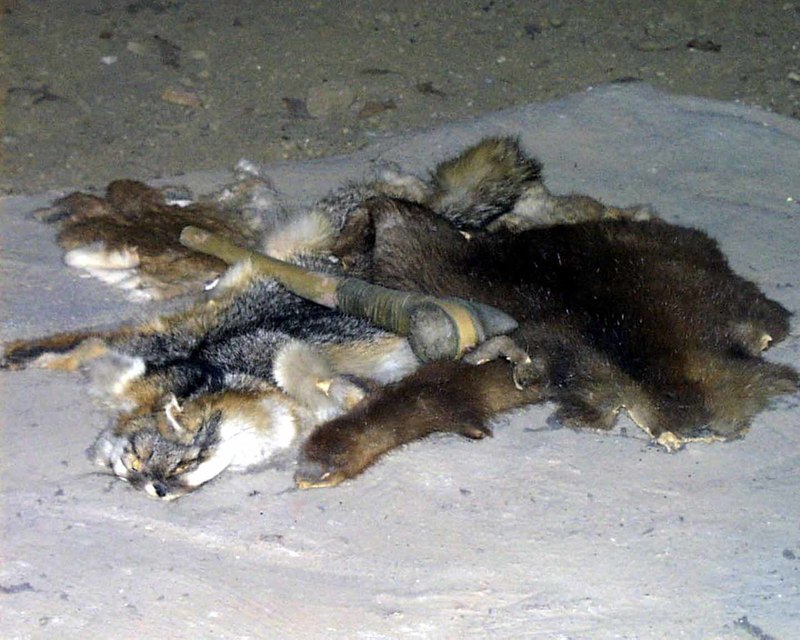 Fewer activities took place at winter camps due to the small group size and the harsher weather. The men hunted deer and other game. Like the Indians of historic times, prehistoric hunters may have taken advantage of the aggressive behavior of male deer during the breeding season. While stalking a buck, a hunter rubbed a decoy made from the head and antlers of a deer against trees or shrubs. Seeing this as a challenge, the hunted buck moved into the range of the hunter's spear. Later in the winter, the hunters may have shifted their efforts to finding hibernating black bears. Bears were a welcome source of meat, oil, and warm hides. They were also valuable in the ceremonial life of the Indians.

Based on records of historic Indians, ceremony was an important part of the hunt. Hunters chanted and prayed for good fortune before the hunt. When an animal was killed, the hunters prayed for the beast's spirit to forgive them. Otherwise, the angry spirit would cause the hunters to suffer from diseases.