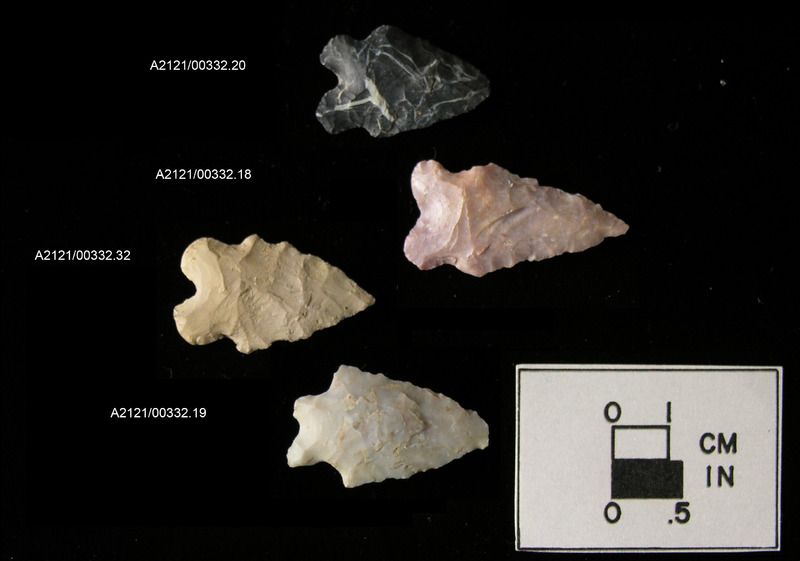 The St. Albans site near Charleston, West Virginia, is particularly important for understanding the changes in Archaic spear point styles that occurred in the Ohio Valley from about 8000 to 6000 B.C. As groups of Archaic people camped at that spot over time, they left some of their spear points near their campfires. Thousands of years later, archaeologists found those tools and determined their age by radiocarbon dating the charcoal from the campfires.

When similarly shaped spear points are found in Ohio, it is assumed that they were made about the same time as those in West Virginia. For the sake of convenience, archaeologists have given names to particular point types. Sometimes they are named for the site where they were first found, for a nearby town or landmark, or for the landowner; the names are not those used by the Indians who made the spear points.