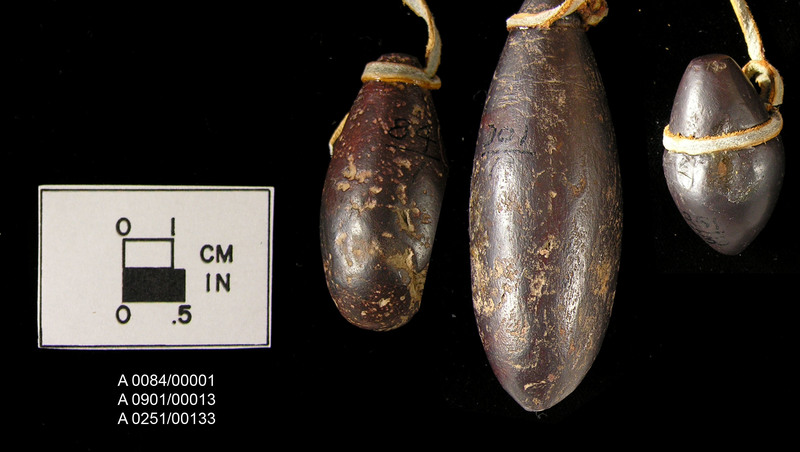 People of the Archaic culture in Ohio used limestone to make smoking pipes and sandstone occasionally to make bowls. Along the east coast, bowls were made from steatite (soapstone). The Archaic people also made plummets, plumb-bob shaped objects, by grinding and polishing pieces of hematite (native iron ore). Some archaeologists believe plummets were used as weights on a bolas (a weighted rope thrown to capture small game and birds). Cherokee Indians in the 18th and 19th centuries used plummets to divine the location of a lost person or object.