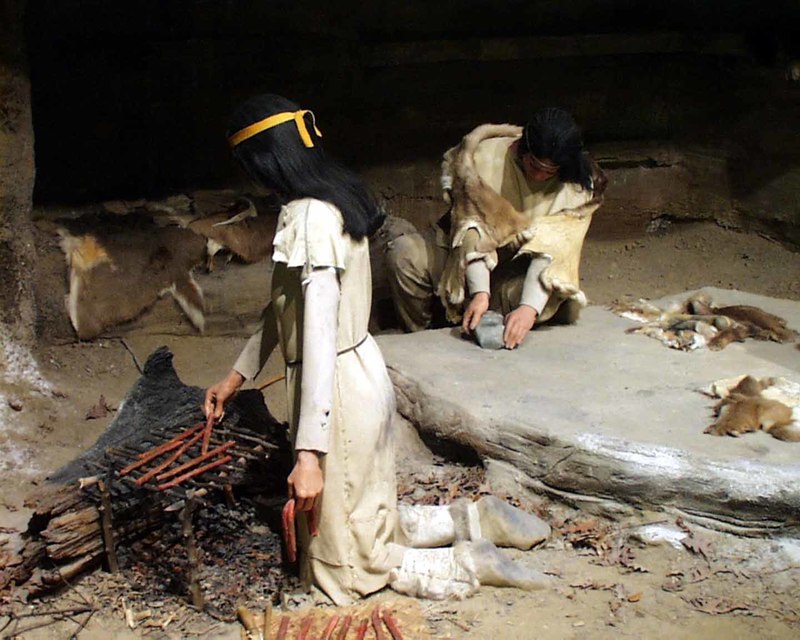 Each year, when cold weather came, the large base-camp group split into family units to move to winter quarters. It is possible that older adults, especially those who could not travel, spent the winter at the base camps, living on preserved food. Winter camps were places that protected the people from bad weather. In eastern Ohio, natural rockshelters were ready-made campsites for single families.

The best shelters were those that were dry and faced the east to provide protection from cold winds. The rock walls and generally low ceilings of these shelters reflected heat made by a small fire, thus making them warmer. Living conditions were so good in some rockshelters that they were used year after year by Archaic people as well as later Indian groups.

Recently, a rockshelter was found in the Killbuck Creek area of Holmes County, Ohio, that people lived in as early as 12,000 years ago. However, they did not live there year-round; no Indian groups in Ohio lived in rockshelters or caves all of the time.