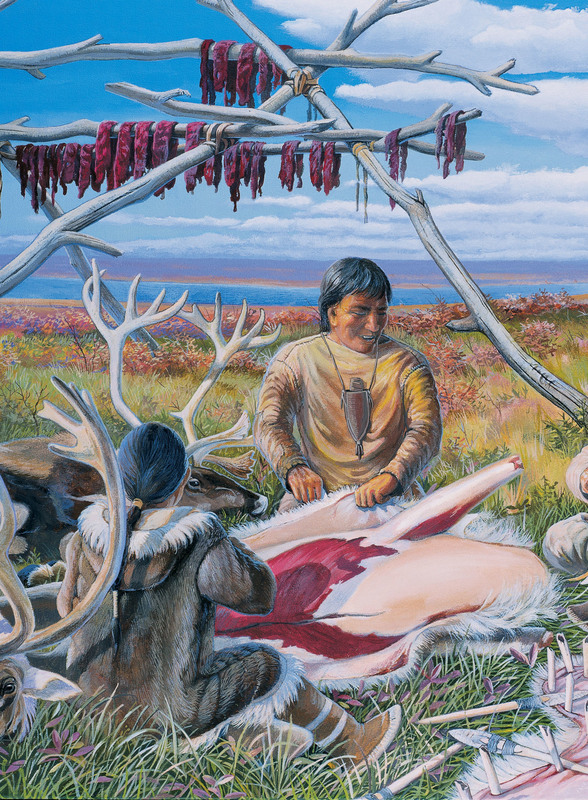 The first Americans came from Asia. When they came and what routes they followed are still uncertain. Current evidence shows that sea levels dropped during glacial periods on earth. The present-day Bering Strait, separating Asia from North America, was dry land during those periods. Thus people and animals could have moved by land from Asia to North America as early as 20,000 years ago.

The newcomers to America followed the animals they hunted and gathered plant foods according to the season. They probably lived in small groups called bands made up of a few families, each band having its own territory. Because they had to travel often, the first Native Americans probably built tent-like structures that were easily moved. One person may have been viewed as the best hunter or provider, but many tasks probably required the cooperation of all; likewise, supplies may have been shared equally, or nearly so, between the ablest and those with lesser skills.

Like any human society, the newcomers had a spoken language that included a name for their own group. That name is not known because the language no longer exists. Archaeologists call these first Americans, Paleoindians (pay-lee-oh-indians).