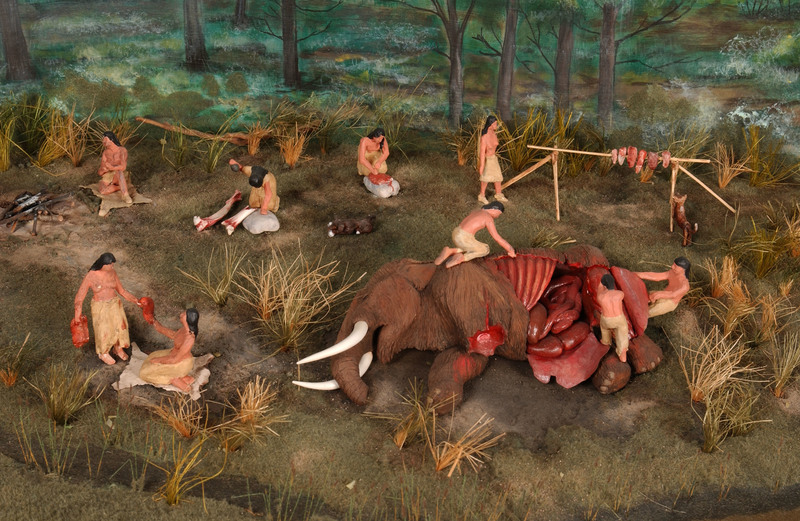 Because the beast was so large, butchering was probably done on the spot. Tests using dead elephants have shown that it is possible to butcher such large animals using flint tools. The first job was to slit the thick hide to get to the meat. The Paleoindians may have saved some of the skin to cover their temporary shelters. The butchers probably used hand axes to separate the joints of the legs. Once the limbs were separated, they could be handled more easily. The meat and other parts were hauled back to the Indians' main camp. Some of the carcass may have been stored in an icy pond for later use.Using flint knives, which probably doubled as spear points, the Paleoindians cut the meat away from the bones. It is likely that strips of meat were dried over fires to preserve them and to make them lighter for travel. As the hunting and butchering were probably group affairs, the meat, marrow, usable bones, and hide were most likely shared by all.