Distribution Of Flint In Ohio Area 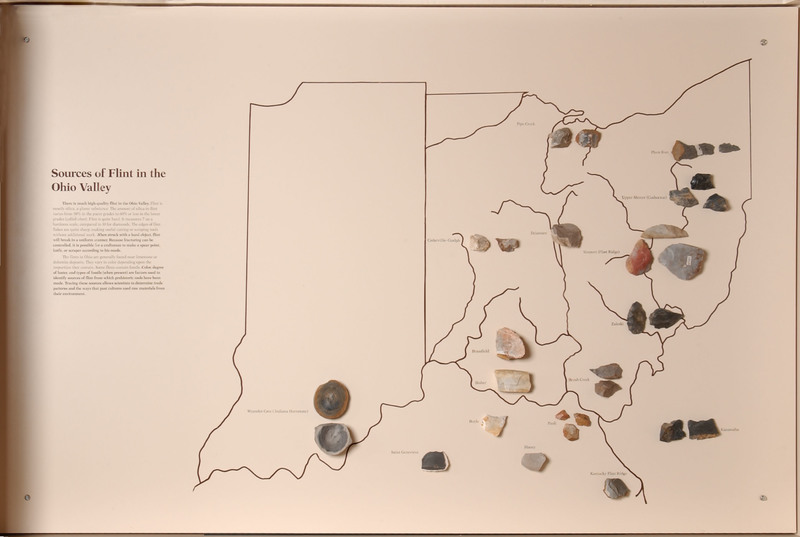 Distribution Of Flint In Ohio Area

There is much high-quality flint in the Ohio Valley. Flint is mostly silica, a glassy substance. The amount of silica in flint varies from 98% in the purer grades to 60% or less in the lower grades (called chert). Flint is quite hard. It measures 7 on a hardness scale, compared to 10 for diamonds. The edges of flint flakes are quite sharp, making useful cutting or scraping tools without additional work. When struck with a hard object, flint will break in a uniform manner. Because fracturing can be controlled, it is possible for flint workers to make spear points, knives, or scrapers according to their needs.

The flints in Ohio are generally found near limestone or dolomite deposits. They vary in color depending upon the impurities they contain. Some flints contain fossils. Color, degree of luster, and types of fossils (when present) are factors used to identify sources of flint from which prehistoric tools have been made. Tracing these sources allows scientists to determine trade patterns and the ways that past cultures used raw materials from their environment.