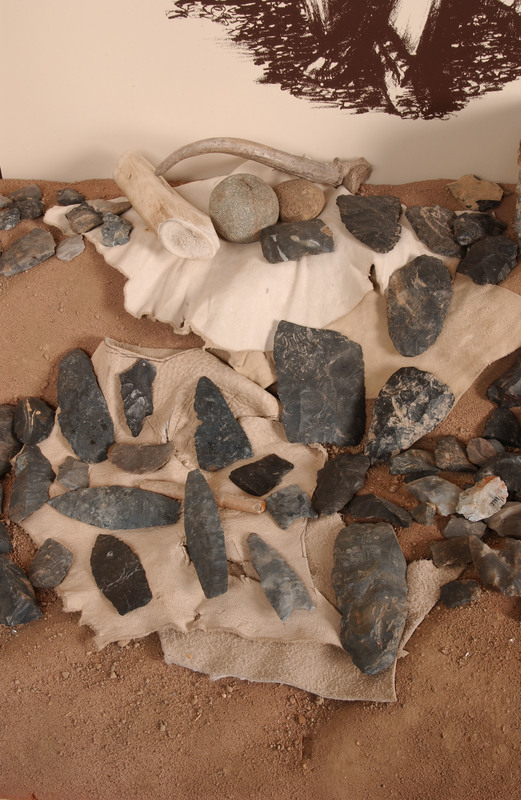 The first step in mining was exposing the flint, buried beneath a few feet of dirt. After the flint was uncovered, the Paleoindians' broke off chunks of it with heavy stones. They probably pried out other pieces using wedges and digging tools made of wood and antler. The craftsmen among them could look at a piece of flint and see if it was usable. The ability to judge the quality of flint at this stage was critical if it was to be transported. No one wants to use energy carrying worthless rocks. The amount of mining that took place can be seen from the numerous pits dug into the outcrops in the Walhonding valley and at Flint Ridge, another major source.