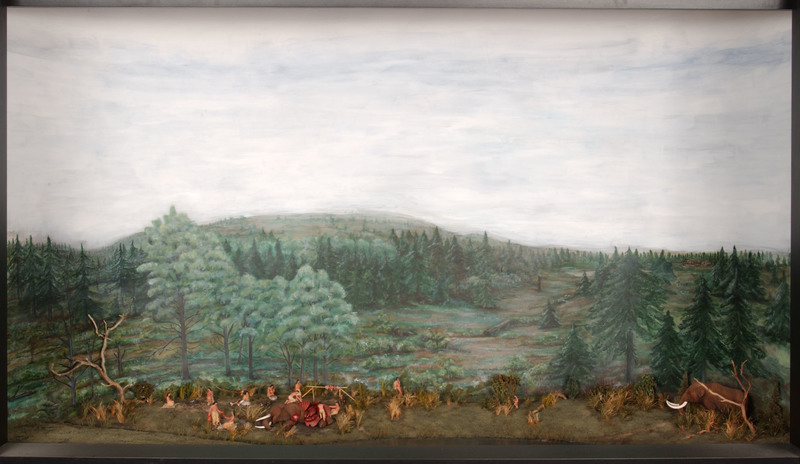 As the ice melted during the final stages of Ohio's last glacier, marshes and shallow lakes formed in low areas. Near one such marsh along Hog Creek in Hardin County, spear points made in several Paleoindian styles have been found. The points show that the Paleoindians hunted in this area.In the western plains of North America, Paleoindians hunted mammoths and other game. At a site in Missouri, the bones of one mastodon have been found with at least two Paleoindian points. Mastodon or mammoth bones have been found in nearly all parts of Ohio. The Burning Tree mastodon was excavated from a bog in southern Licking County. Some of the bones had been cut, possibly by stone tools when Paleoindians butchered the animal. Radiocarbon dates on the bones show that it died around 11,400 B.C.