Women in Ohio and across the nation began campaigning for the right to vote before the Civil War. They achieved a major victory when the 19th Amendment was ratified in 1920. Women’s reasons for wanting to vote varied depending on their personal identities, but they all believed that voting would give them the power to change every aspect of their lives, influence social change, and improve their communities, their country, and the world.

The 19th Amendment was not the end of women’s activism; it was the beginning. Voting enabled women to further their education, pursue careers, change laws, create social service and cultural organizations, and run for office themselves.

Despite their common goals, suffragists and future activists still brought common prejudices to their work. White women often discounted problems that they did not experience, so women of color had to fight for their voices to be heard. Even after the passage of the 19th Amendment, women of color had to speak out to end discrimination that barred American Indian women, Asian American women, African American women, and many Latinas from voting.

We invite you to read about Ohio women’s experiences in their own words. What motivated and continues to motivate women to speak out? How has the experience of women’s activism changed or not changed over time? What barriers have women faced and do they still face? Do women always agree? See what these women have achieved and think about how you might join them to shape the future.

“Is it not strange that every law in the beginning was . . . made for man and isn’t it almost miraculous that we were ever able to change them?”

Reflecting on her many years of suffrage and political work, long serving President of the Ohio Woman Suffrage Association Harriet Taylor Upton (1853-1945) wrote this in her posthumously-published 1955 memoir, Random Recollections. 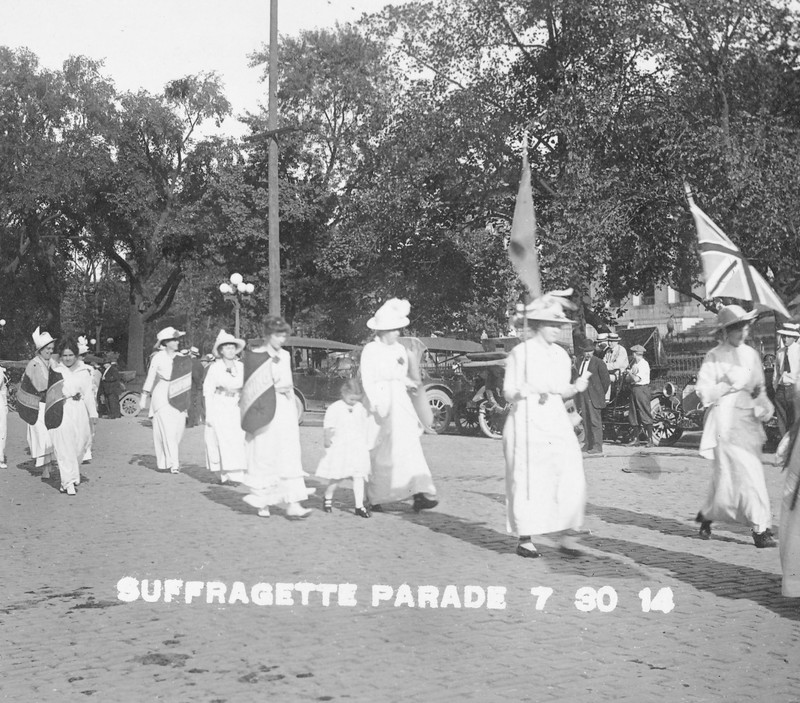 “The campaign was a brilliant one. All summer, day and night, women worked in the heat. We followed political party leaders who were speaking, taking their audiences before or after meetings. State conventions of all kinds were appealed to. We dropped in on strawberry festivals, family reunions and wherever we saw an opening.”

Suffragists marching through Columbus to the Ohio Statehouse on July 30, 1914. This parade was part of a months-long campaign to bring a suffrage amendment before Ohio voters. 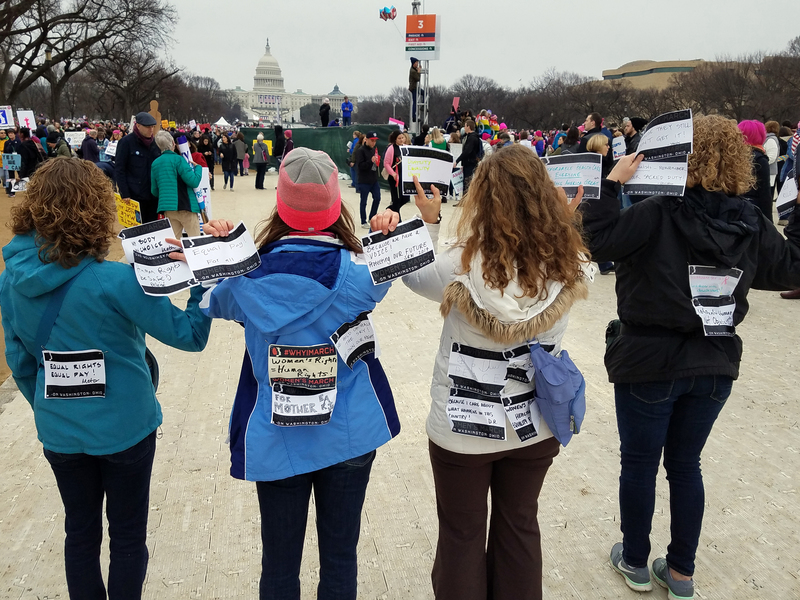 At the Women’s March on January 21, 2017, Ohio women of all ages followed in the footsteps of earlier generations of activists and marched to defend their rights. They carried signs voicing concern for many issues, including affordable health care, equal pay, and peace.

What does it mean to be a woman? →
Introduction