In 2020 we commemorated the 100th anniversary of the passage of the 19th Amendment to the U.S. Constitution with the traveling and digital exhibit Ohio Women Vote: 100 Years of Change. This commemoration sparked discussion about what is and is not different for women today. Women are continuing to take on new roles and working to expand opportunities for present and future generations.

Contemporary women have their own answers to the questions posed in this exhibit. In August 2020, the Ohio History Connection invited a group of active women from central Ohio to join us in conversation. They generously gave their time and provided thoughtful answers to questions such as “How do you speak out?” and “What do you want to say to future generations of women?” We have updated the online version of the exhibit to share a selection of their answers with everyone. 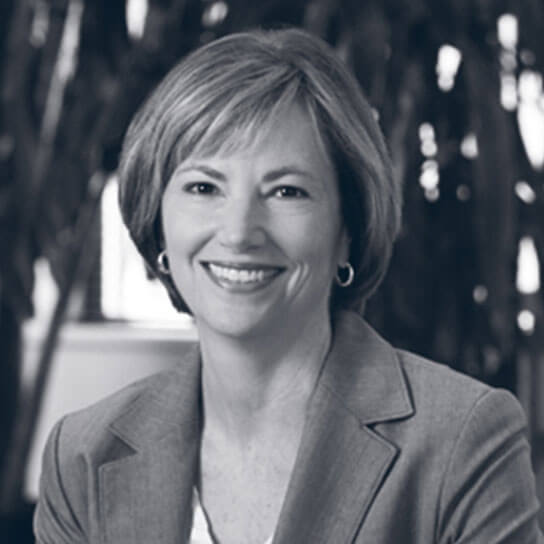 “As a woman business owner, l look for ways I can soften a situation, or ease the tension that may exist. Maybe it’s my personality, maybe it’s my gender, but there is a sense of balance that I’m trying to achieve as I go through the day.  Where I see tension, or where I see a lack of motivation, I’m trying to find a way to make the situation more conducive to productivity and collaboration.”

Sandra Harbrecht Ratchford (contemporary) is President and CEO of Paul Werth Associates, a communications firm in Columbus, Ohio. Her father founded the firm, and she took over its leadership in 1983. Harbrecht Ratchford previously worked as a teacher, an experience she credits for the outlook she brings to her work. 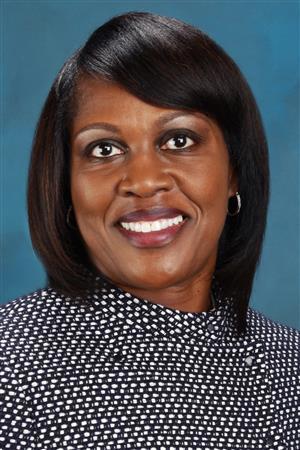 “There was an article in the newspaper prior to me coming to Columbus and it was saying ‘oh we knew Dixon’s heels, we knew when she walked down the hallway, when I was a principal.’ And I was so angry at that narrative.… To me it felt like they were trying to stereotype and say I was going to be this leader with this iron fist…. Why do they do that to us as women? We can be strong compassionate women who work well with others…. I’ve always tried to make sure that I‘m not what they think strong women leaders are…. We do more work as women trying to figure it out than men do.”

Dr. Talisa Dixon (contemporary) has served as Superintendent of Columbus City Schools since 2019. The Oxford, Mississippi, native boasts a long and successful career in public education in Northeast and Central Ohio schools. Dr. Dixon has been recognized nationally for her work inspiring students and creating a more equitable education system. 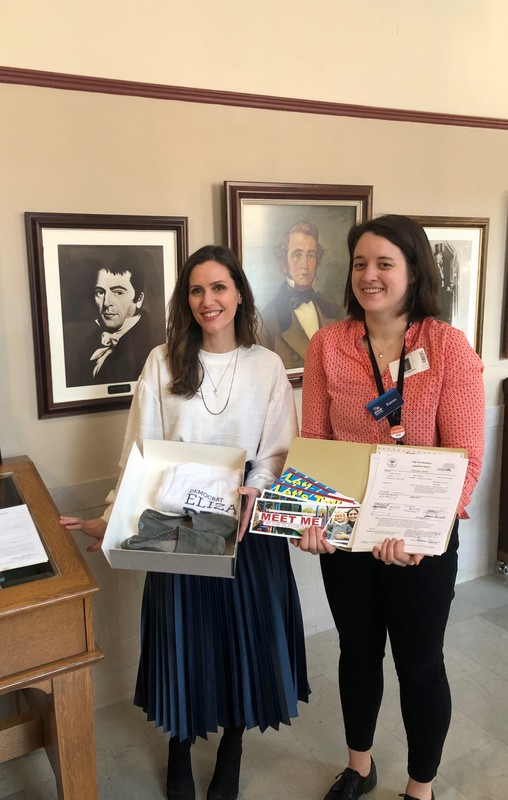 Early in 2020, Columbus Councilwoman Elizabeth Brown donated materials from her previous campaigns and service to the Ohio History Connection.

“Over time we have seen the franchise expand, and what is important about that is that this democracy we were promised at the founding of our country, was written by a bunch of white male property owners. So who did they grant access to power? White male property owners. I hope, and I think, as representation diversifies, the result is that all of us who have come next into power want power for people who are nothing like us too.”

Elizabeth Brown (contemporary) was elected to Columbus City Council in 2015 and holds the office of President Pro Tempore. Councilwoman Brown works to strengthen the position of women and families to achieve her core objective of broad-based economic prosperity that levels the playing field for every family in Columbus. 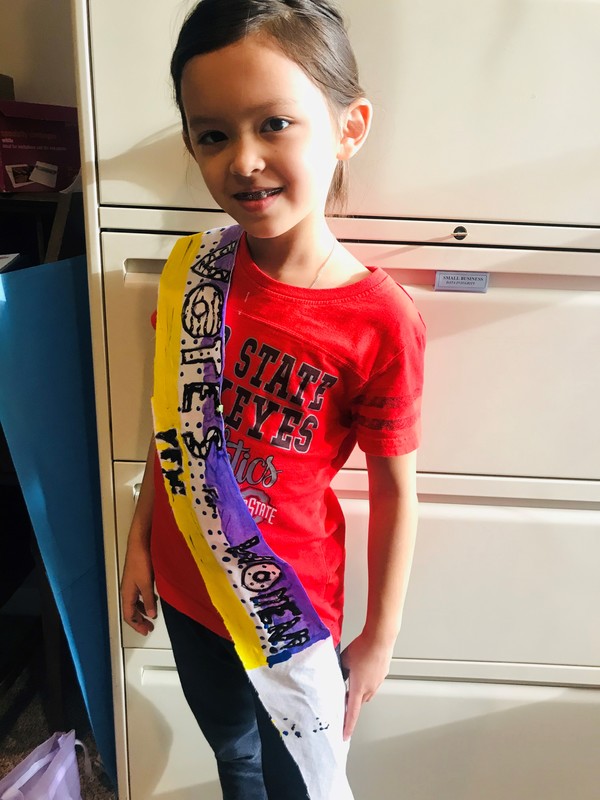 Image courtesy of Angela An. Featured is her daughter, Emmie.

“One way to speak out is by empowering our youth, especially young girls, to know that they have that voice that is of value…to society as a whole.”

Angela An (contemporary) has been a morning news anchor with WBNS-10TV in Columbus, Ohio, since 2000. She also works with Crime Stoppers of Central Ohio and serves on the boards of non-profit and community organizations. As a parent and active community member, An is excited to see younger generations shaping their future. 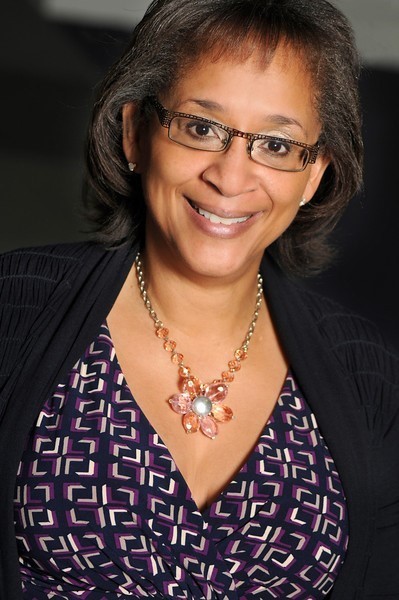 “Being a truth teller and being compassionate are not mutually exclusive…. It is important to tell the truth in kind ways so that people will receive it.”

Barb Smoot (contemporary) serves as President and CEO of WELD—Women for Economic & Leadership Development—a national organization that strives to develop and advance women’s leadership. Smoot is also a member of the Columbus Women’s Commission and serves as a board member for multiple non-profit and community organizations. 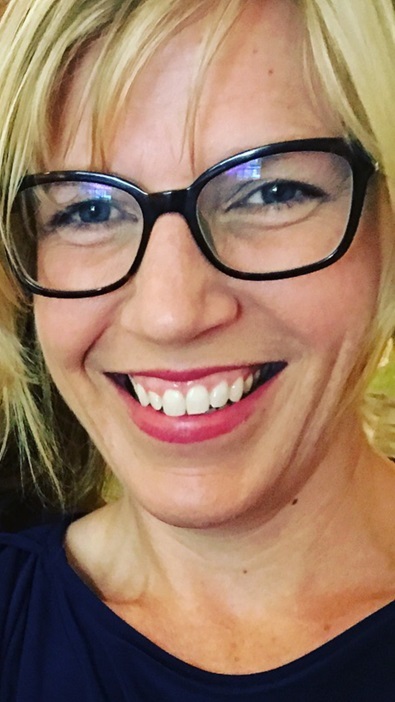 “In order to see change and to grow as communities and collaborators I’ve needed to learn to listen too…. [T]hat’s been something I’m trying to learn how to do, how to encourage people that don’t feel that they have a voice to have a voice.…”

Chris Mattingly, J.D. (contemporary) is co-founder of Seventeen Camels, an organization that provides negotiation workshops, facilitation services, and other corporate training. Formerly a strategic consultant for Fortune 500 companies, she is passionate about teaching people to ask for what they want so that they feel appreciated, find opportunities for growth, and communicate effectively. 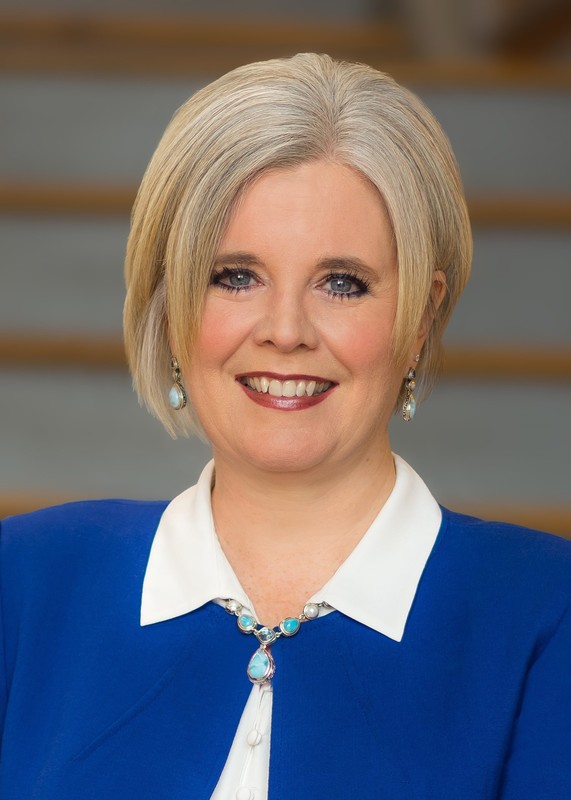 “Start with little opportunities to speak out.… Sometimes you just need the courage to do it the first time by starting with something small.… The more you do it, the more confidence you gain and eventually you’re going to speak out more loudly.…”

Sandy Doyle-Ahern (contemporary) is President and CEO of EMH&T, one of Ohio’s largest professional engineering and survey firms. Before becoming President in 2012, she led its Environmental Division since 1997. Doyle-Ahern is the YWCA of Central Ohio’s Board Chair and works with community organizations to address poverty and affordable housing. 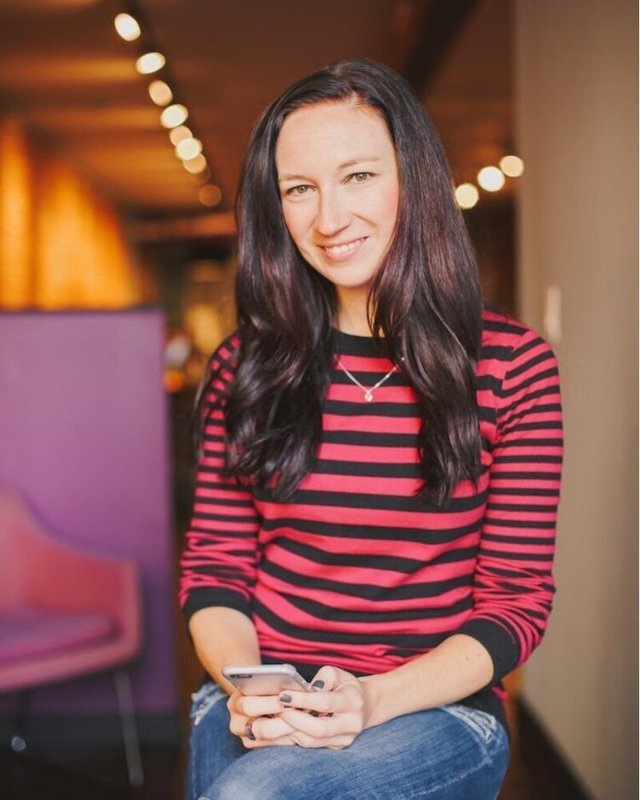 Heather Whaling (contemporary) is Founder and President of Geben Communication, an award-winning PR firm in Columbus, Ohio, she launched in 2009. She is currently a board member of The Women's Fund of Central Ohio and advocates for issues impacting women and girls, especially paid parental leave. 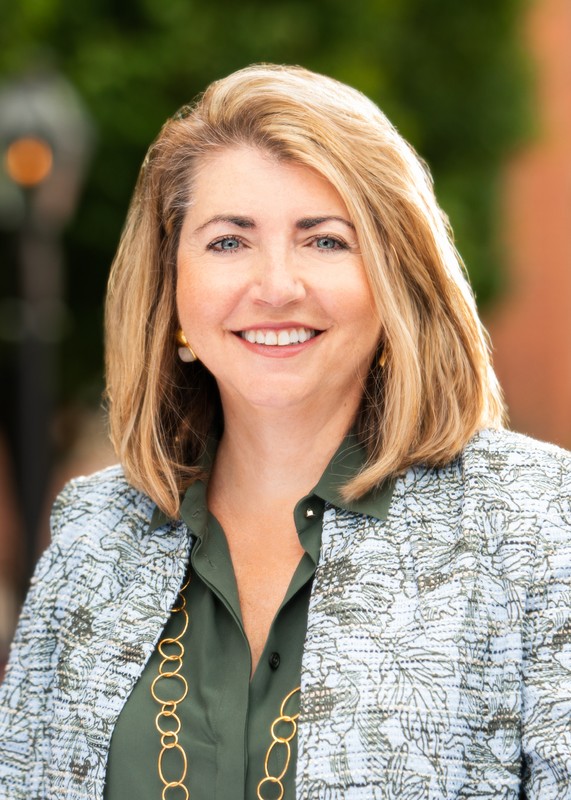 "Never take what you have for granted. Lean in and make the world a better place for having been a part of it."

Lisa Barton (contemporary) has spent her career in the energy sector. In her current role as Executive Vice President of Utilities at AEP, Lisa oversees AEP’s utility operating companies and the continued growth of its regulated utility operations. She is also an active participant in national forums on energy policy. 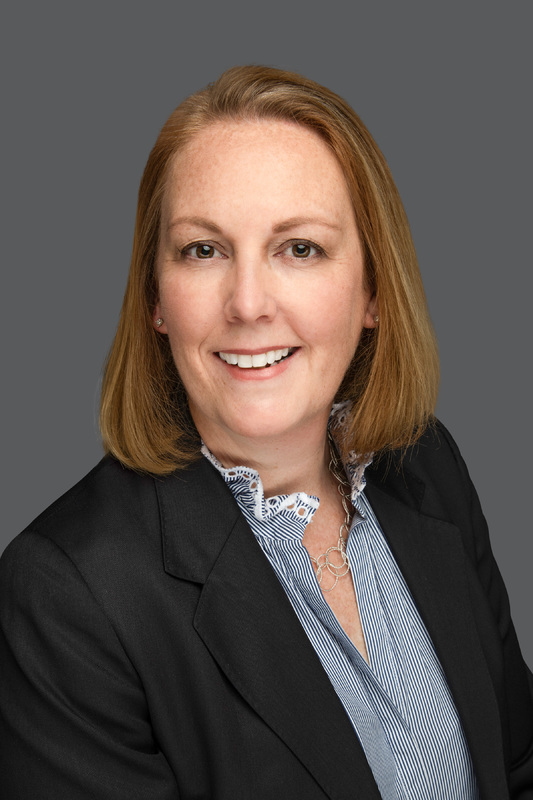 "Today, we can only imagine the profound pride and  satisfaction experienced by the women who exercised their right to vote in the 1920 federal election.  It is  such an important part of our history that forever  changed the way women and girls are counted and  heard in our country."

Mary Auch (contemporary) is Central Ohio Regional President at PNC, one of Columbus’s top banking companies and corporate funders. She actively supports Ohio Business Week and has served on the boards of the YMCA of Central Ohio, United Way Young Leadership Group, and Building Together Central Ohio. 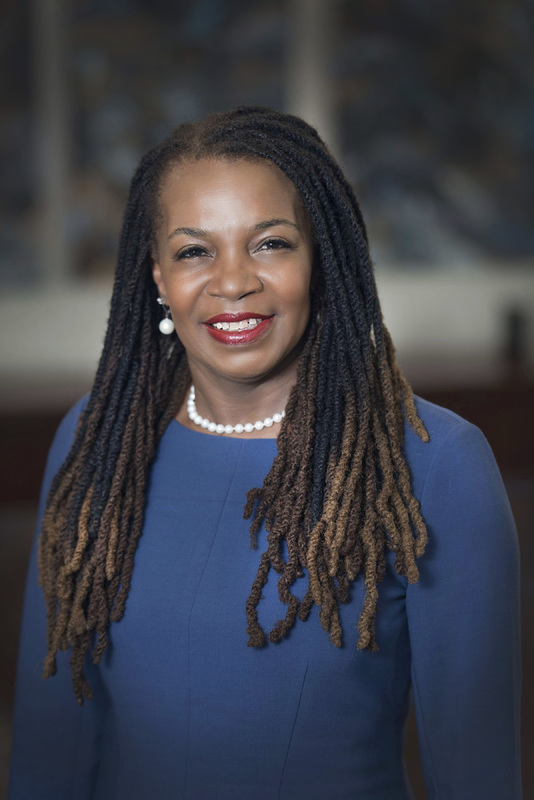 Stephanie Hightower (1958-present) is President and CEO of the Columbus Urban League. She was a high-profile female track athlete in the 1970s and 1980s who competed in the 1980 Olympics and held numerous records and titles in her career. Hightower remains active in her sport and volunteers with Team USA. 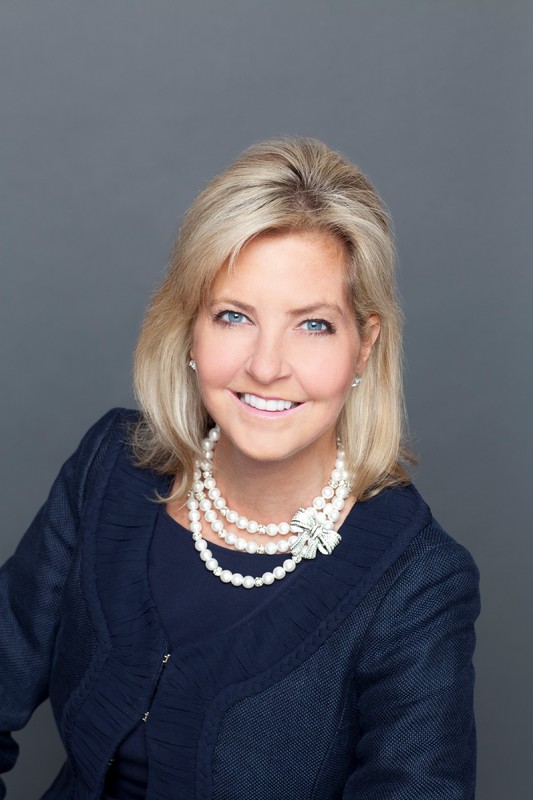 “If we all band together our voices are stronger as a whole than as one single person. But that one single person can make a difference. And they can start being that trailblazer to leave a great legacy. Make a mark on your community. Take care of the community that takes care of you.”

Tara Abraham (contemporary) is Co-Founder, Co-CEO, and Chairwoman of Accel Inc., a leading Columbus-based business in the assembling and packaging industry that offers design, packaging, and distribution services. Abraham is involved in many philanthropic and community causes, and she has received awards and recognitions for her business leadership and community service.